The Heights of England

The Heights of England

It’s been a busy 6 months since we released our ‘Building Heights of London’ map and associated Open Data download based upon the Environment Agency’s LiDAR data. Since then the Emu Analytics team has been busy working on a new dataset to allow us to output building heights across England and introduce our new Emu DataPacks product.

Back in January we achieved both these things. We released the Open Data for building heights in London, which has since been downloaded over 300 times. The supporting map was picked up by Time Out London and Guardian Cities, and generated a lot of interest in Open Data and its uses.

This time round we simply wanted to go bigger and better and offer building heights data across England.

LiDAR or Light Detection and Ranging, is a method used to gather precise 3D measurements of the surface of the earth. It is normally used by an airborne platform such as a fixed wing aircraft or helicopter but recently it has migrated onto drones and land-based vehicles used in street mapping and automated-cars for example.

The LiDAR system pulses a laser beam onto a mirror and projects it downward from an airborne platform, usually a fixed-wing airplane or a helicopter. The beam is scanned from side to side as the aircraft flies over the survey area, measuring between 20,000 to 150,000 points per second. When the laser beam hits an object it is reflected back to the mirror. The time interval between the pulse leaving the airborne platform and its return to the LIDAR sensor is measured.
LIDAR UK

LiDAR allows for the separation of the surface of the earth and the objects upon it. Hence when we are calculating building heights we are subtracting one from the other. 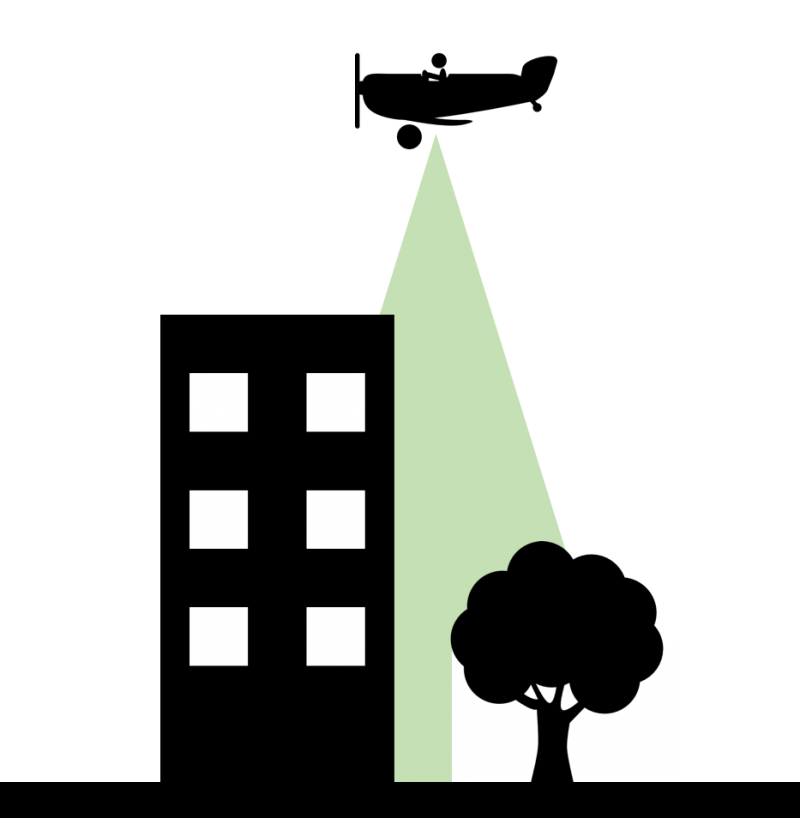 As discussed in our previous blog, the primary source for the building heights is Environment Agency (EA) LiDAR data, via their online portal. It’s possible to download every tile in the country using this portal but it’s manual and time consuming. Thankfully, EA offer a service whereby you can send them an external storage device and they will send it back full to the brim with LiDAR data at your chosen resolution (all for a small fee to cover their support costs).

So with our external hard drive safely returned to us full of LiDAR data, we were able to run up several processes in ArcGIS to merge this with Ordnance Survey data and output building outlines and their associated heights. The whole process end to end took a couple of weeks using one, now very tired, Macbook Pro.

We have created an Open Data download, which includes the top 25 urban areas in England based on population. It’s freely available from our new Emu DataPacks page. At the time of writing Wales and Scotland is not available from EA. 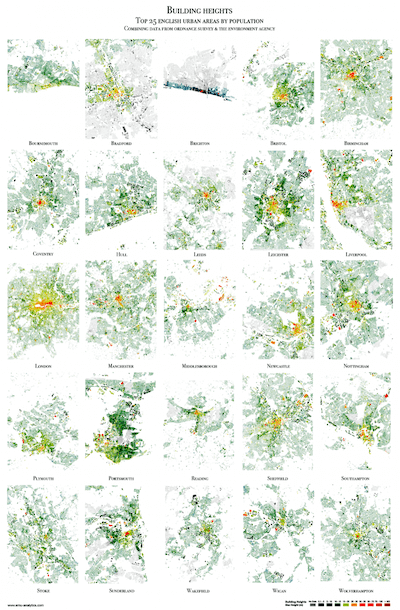 If you want to just view all the data then we have also updated our building heights map for the whole of England. This is possible based on some clever work using vector tiles meaning we can serve up the whole lot without chewing up bandwidth. The new application also offers some interesting stats on top 25 urban areas. Look out for our blog next month that will go into the technical details. 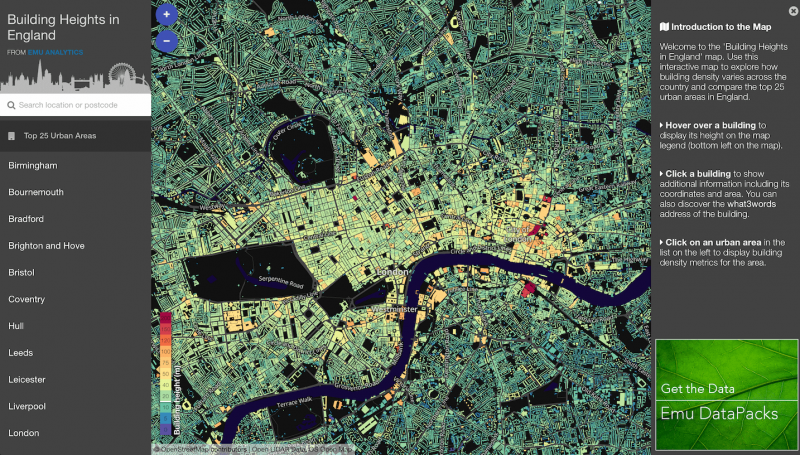 The EA LiDAR data offers 70% elevation coverage of the country up to 2015. As such any buildings under-construction or built after this point in time will not have an accurate height reflected.

Emu DataPacks is designed to allow us to offer a mix of Open Data and Premium datasets based upon the effort and infrastructure required to support them. If there is anything you would like us to create or you would like to see some of the enriched data used in our older blog posts released as Open Data then let us know.

We are planning on continuing to work with EA LiDAR and Open Data in general to create new downloads such as vegetation heights. The EA Point Cloud data, for example, offers exciting prospects in 3D modelling and opens up a whole raft of new use cases. We’ll send out updates as new datasets come online.

Icons made by Freepik from www.flaticon.com is licensed by CC 3.0 BY