Mobile World Congress 2017 was represented by a large Emu mob this year, with 3 of us heading to Barcelona! Some of our work was being shown on Dell EMC’s stand and Affirmed Networks’ stand. The 3 main applications we had on show were Duty of Care, SIM Swap and Silent Roamers, all of which work in conjunction with EMC’s “Real Time Intelligence” platform (RTI) and are specifically for Mobile Operators to extract value from their network data. This was the second year that there had been an Emu Analytics presence at MWC but the first year that I had ever attended. Wow(!) is the only word I can use to describe it. For those of you who have never been it is the largest mobile industry exhibition in the world with over 100,000 attendees from 208 countries/territories, 9 halls and 2,200 exhibitors over 4 days in Barcelona. It was a great opportunity to show off some of our work, chat to potential collaborators, reconnect with old colleagues and have a look at the latest goings on in the mobile/tech industry.

On the Monday evening CEO Rich was invited to a dinner with the Right Honourable Greg Hands MP, the Minister of State for Trade and Investment. 30 representatives were in attendance, including people from Vodafone, Huawei, Ericsson and Google, so we were in good company. Over the course of the week we also had some very exciting meetings with the likes of Viavi, Spidercloud, Affirmed Networks, Brocade, Inrix and IP.Access (kudos on the party). It was also good to chat to CARTO at 4YFN (4 years from now) and we hope to work a bit more with their great products in the future. It looks like 2017 is going to be a great year!

So with the conference now done and dusted these are my Top 5 MWC Takeaways:

Robots are ready to take over

I don’t mean to be alarmist but there were robots EVERYWHERE you looked at MWC this year. From scarily futuristic looking ones on the Ubuntu stand, to arms that followed human movements on the T-Mobile stand. The drum playing robot on the GSMA stand was amazing and showed that not even hobbies are safe from takeover. Our Emu Analytics resident drum playing aficionado, Jon, was less-than pleased when we sent him a video saying that he was now obsolete. We have some time to prepare for our robot overlords as I’m still not really sure what use a lot of these robots are at the moment apart from for being cool, but they were certainly fun to see.

Smart is Getting Smarter (but there is room for improvement)

A second common theme I spotted whilst going round MWC was “Smart”. Whether that’s smart cities, smart clothes or smart seals (yes, really). Virtually every big stand seemed to have some “smart” element, with almost all of the mobile operators showing off their smart city capabilities. There were demos looking at air pollution, traffic monitoring, parking availability, tourist movements, cycle hire patterns, football stadium usage amongst many others. On the whole most of it was still quite immature, especially when you understood and got down to the nitty gritty in terms of data feeding into it. A lot were historic snapshots and created as one-time studies rather than operational solutions, and others were predominantly map makers for open data sets. There seems to be a lot of demand for such things but no one yet has really seemed to make it a viable product or been able to use enough of the ‘right’ data or showed any demo that really makes you go wow! 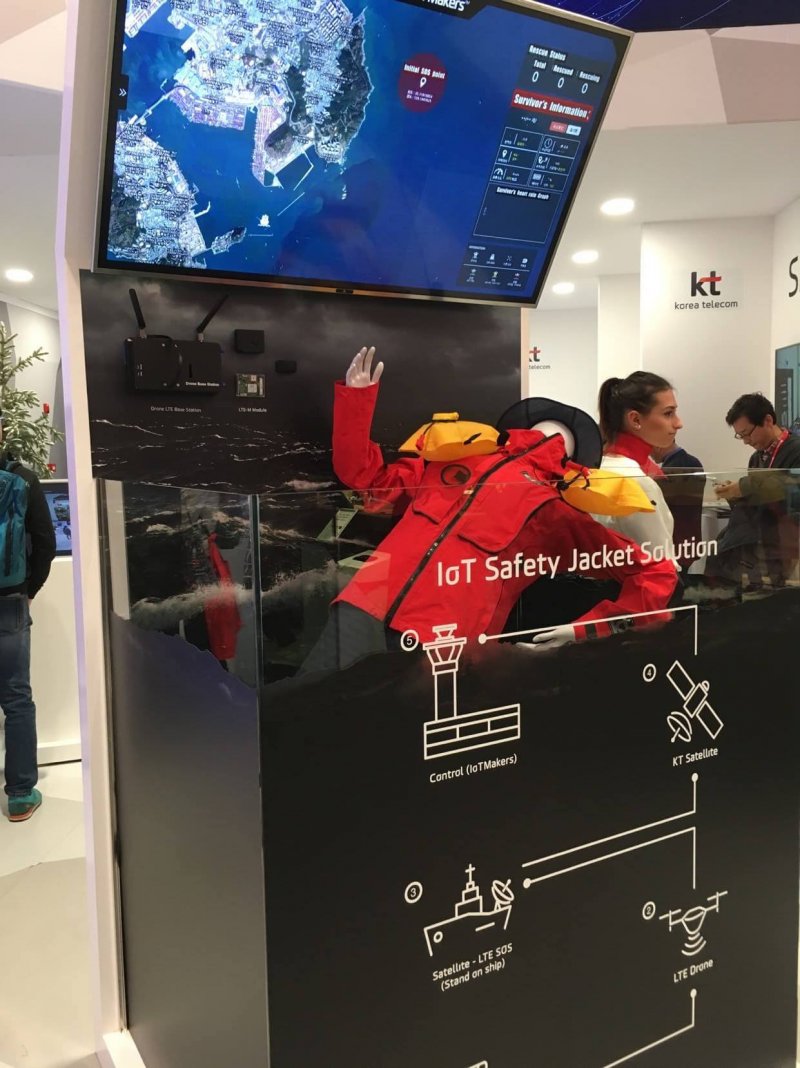 Obviously this is an area close to our hearts at Emu Analytics and (shameless plug alert) we believe that we genuinely have some solutions and demonstrations that truly are smart, and operational with real-time & continuously updated data sources. For example we’ve been doing some cool stuff looking at population movement patterns across London with one major UK mobile operator that maybe they will show at a future MWC, and of course our Duty of Care product (that we showcased at last year’s MWC on Vodafone’s stand) is another great example. If you want to chat about any of our “smart” offerings before then just get in contact. 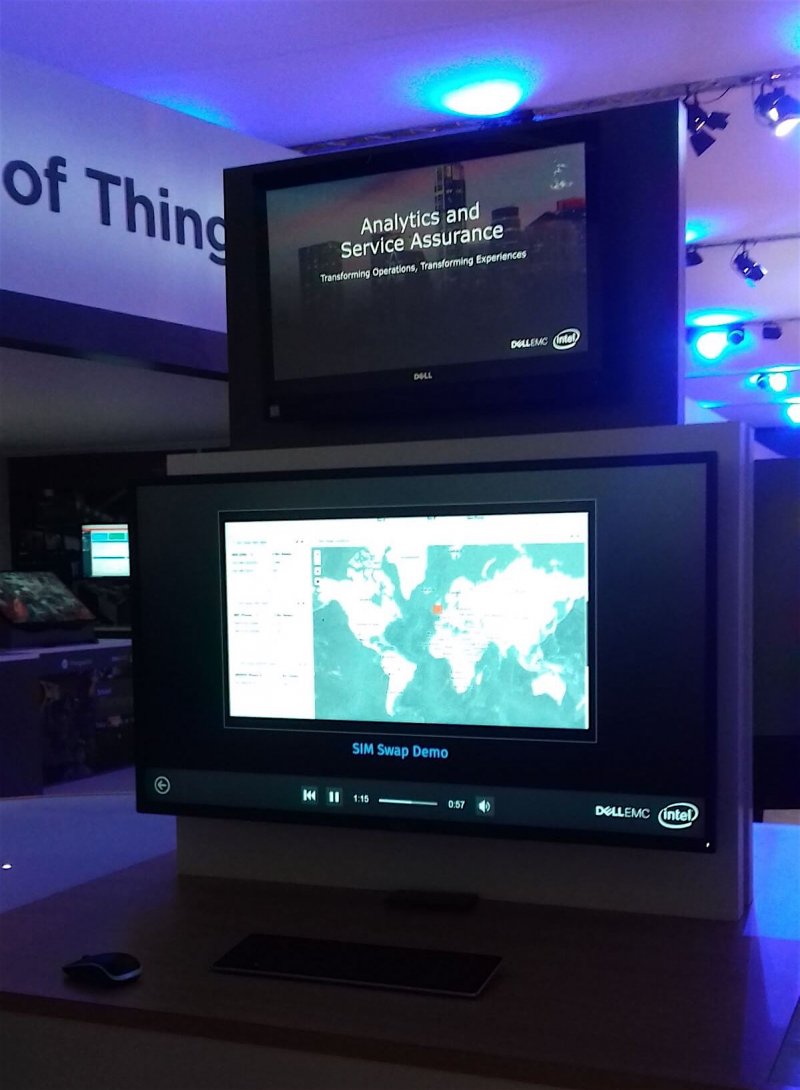 Virtual Reality is a Reality

Another big theme of MWC17 was VR (Virtual Reality). There were a lot of people stood with VR headsets on moving around completely oblivious to how ridiculous they looked like to the outside world. Samsung had a whole stand devoted to VR experiences. One involved being put inside what looked like a giant hamster wheel/gyroscope, another was a flight simulator with seats that spun all the way upside down and there was also a roller coaster complete with real-life dancers. I decided not to have a go on any of them as I thought there was a strong chance they would make me feel seasick. One stand that caught all 3 Emus attention for a long time was HTCs Vive. They had lots of different VR things going on at once; open heart surgery, boxing, jumping from a building and a shooting game that looked amazing. The first guy we watched doing it looked like a pro and was dodging bullets left right and centre (admittedly the next guy didn’t look quite so cool).

5G was the topic on everyone’s lips this year and there was mention of it at all 9 halls of MWC. There seemed to still be a lot of discussion about how 5G would be implemented and how urgent and necessary it was. Many of the VR stands were saying how crucial 5G was for VR to really take off. 5G is also important for a ‘connected world’ with all the connected gadgets, remote surgery and even self driving cars really needing 5G technology to be able to function to the best of their ability. The Peugeot ‘Instinct’ self driving concept car was one of the 5G critical things on display. The car adapts its driving style based on your current mood and connects to Samsung’s Artik cloud service to use the data from any other connected devices that you may have. All of the mobile phone operators were keen to come up with some real use cases for 5G over the next few years that couldn’t just be done over 4G. 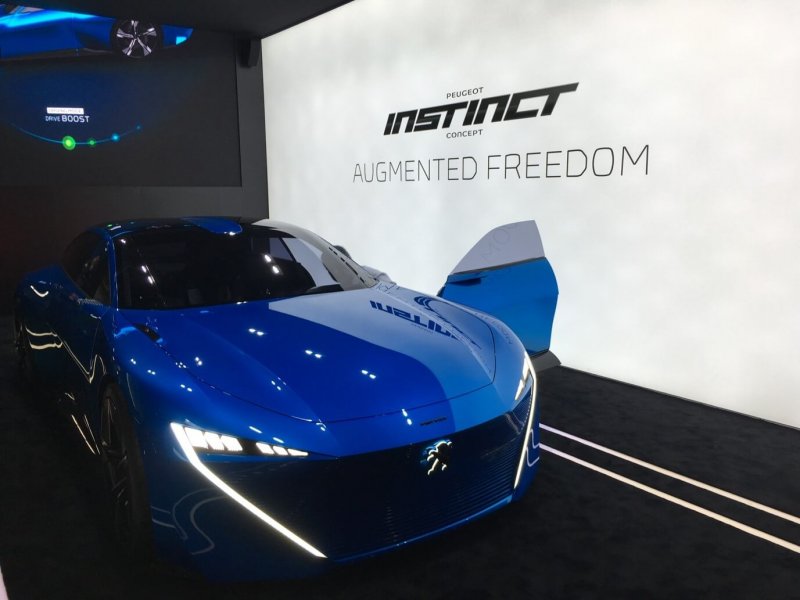 The rebirth of the Nokia 3310 has to get a mention, mainly because I always wanted a 3310 when I was younger but only ever managed to persuade my parents to let me get a 3210 (thanks mum…). This release seemed to get a lot of interest and media attention. People have fond memories of the 3310 first time round, mainly because it had the battery life that smartphone users can only dream of and would smash through concrete before the screen even thought about cracking. The new phone is much thinner than the original and a bit less brick like with new features such as a camera and basic internet access. This phone reminds us that whilst most smartphones can do almost everything you could possibly want them to and more (smartphones on show at MWC had 4K screens, 3D screens, Leica dual cameras, super slo-mo cameras… the list goes on) a lot of people still want a phone that is reliable, has good battery life and can be used as just a phone. The 3310 is only 2G which means you can’t get things like WhatsApp on it but who needs to group message friends when you can play snake?! 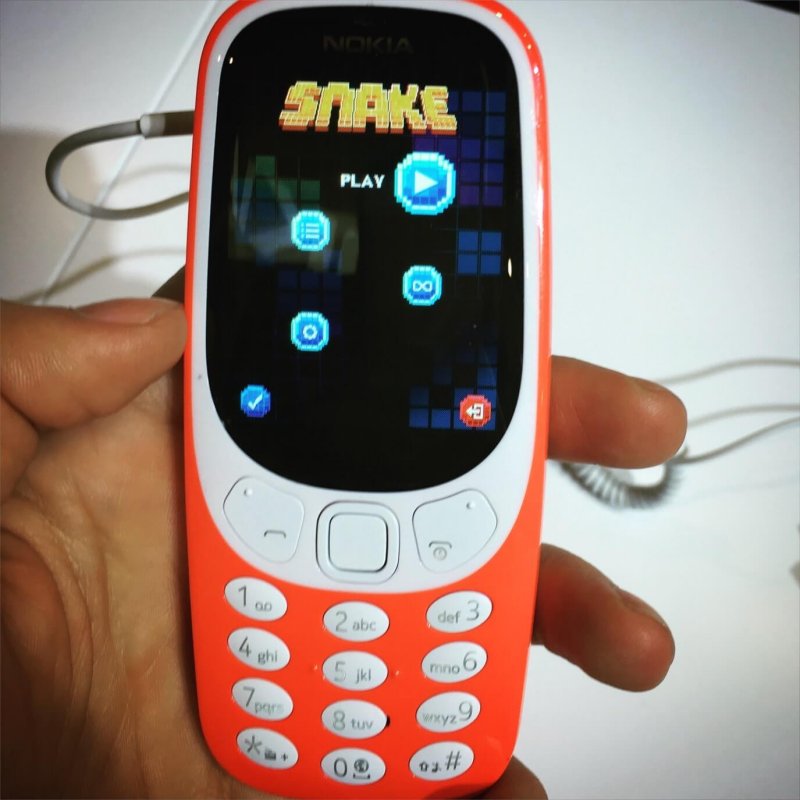 Overall, the experience was great and I managed to see a huge amount in just under 30 hours of being in Barcelona. There was lots of walking involved and so my feet were definitely grateful for a sit down on the plane home! Big thanks to Dell EMC for inviting us and for everyone who displayed our work, chatted to us and made the week so inspiring.